What Can Happen to the Perpetrator of a Hit and Run in Texas?

When involved in an accident, there are certain things that should be done on the scene. If everyone is able-bodied and safe enough to do so, you should: offer help if needed, trade information, call law enforcement. In some instances, the guilty driver does not stick around. This is known as a ‘hit and run’ accident. 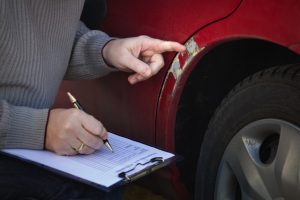 The penalties in Texas for a hit and run accident vary depending on the degree of injuries sustained or the degree of the incident itself. At the very least, the guilty party can expect probation or community supervision. That is, if the incident didn’t result in serious injury or death, it was a first offense and the offender has not previously been convicted of a crime.

If the hit and run accident resulted in a serious injury or death, the offense is a third-degree felony. The offender could then face 2 to 10 years in a state prison, or if the injury of the victim was less serious, the felony is punishable with up to one year in jail, a fine of up to $5,000 and/or up to five years in a state prison.

Damage to the vehicle adds to the punishment. Damage that is under $200 may result in a fine of $500, and damage over $200 could result in up to 6 months in jail. Hitting a parked car with damages to the car or surrounding area will result in around the same penalties.

It is vital to remain responsible when involved in an accident. Fleeing the scene could result in an injured victim’s death and enormous punishments for the driver. Sticking around the scene could avoid more damage simply by taking responsibility and calling law enforcement.