According to a recent article, the EPA performed a study on fracking and confirmed fracking to be a safe practice. However, the EPA’s own scientists are now raising questions about their findings, saying it may not be safe after all.

Fracking, put very simply, is the process of drilling down into the Earth and then using high-pressure water to drill into rocks in order to release the gas inside those rocks. The controversy around fracking, besides utilizing more of the Earth’s scarce resources, is that the process of fracking may or may not contaminate water supply for citizens in the areas due to the fracking wells being so close to drinking water wells. Fracking fluids and liquids can spill out of the site, the ground, or the tools and seep into the drinking water for the surrounding area. Contaminated water can cause entire communities to fall apart as there is the possibility for both acute illnesses (getting sick, nauseous, diarrhea, etc) and long term health problems. Entire towns, such as Picher, OK, have been evacuated and left as a modern day ghost town due to contamination from mining. Any industrial mining operation should be a major concern for the residents of nearby towns. 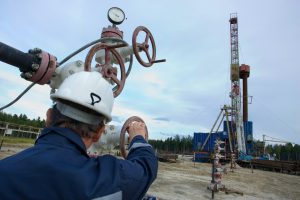 Currently, the major locations for fracking in the U.S. are Texas, Tennessee, Kentucky, Oklahoma, West Virginia, Philadelphia, and Kansas. In these states, there are over 100,000 oil and gas wells at least. Some states across the U.S. have also placed guidelines, regulations, and bans on fracking. For example, New York officially placed a ban on fracking in the state.

The Risks of Fracking

The regulations and bans in place are mainly to eliminate the risk of drinking water contamination. Despite the EPA insisting fracking was safe, drinking water contamination has occurred. In a study done under Obama’s administration, it was found that there were 151 cases where fracking fluids and/or chemicals spilled near or on a well pad. These spills occurred in 11 states between January 2006 and April 2012.

To further reinforce the real risk of water contamination types of instances, the EPA’s own scientists say their report might not be thorough enough to completely justify the safety of fracking. Scientists were quoted as saying, “major findings are ambiguous or are inconsistent with the observations/data presented in the body of the report.” Many are urging the EPA to go through their findings and add more concrete data. As of now, many feel the data and findings aren’t specific enough for the public to completely trust.

When it comes to the safety of citizens, more studies, more data, more absurdness is never a bad idea. Fracking may be perfectly safe, but more than likely, more safety measures may need to be put in place. In order to find out what needs to occur to guarantee safety, a new report should be ran. If you live in an area of Texas where you feel oil-drilling may prove risky to your safety, give us a call today.