What We Learned About Offshore Drilling from the BP Oil Spill

Over five years have past since BP’s catastrophic oil spill in the gulf of Mexico. The spill was not only the failure of British Petroleum but the regulatory bodies that oversaw the offshore drilling operations.

In April of 2010, the Deepwater Horizon oil rig exploded in the Gulf of Mexico killing 11 people and forcing millions of barrels of oil into the ocean. For 87 days, the rig filled the ocean with oil; killing marine life and soiling more than a thousand miles of coast from Texas to Florida.

The spill, approximately 3.19 million barrels of oil, has completely changed how the federal government regulates offshore drilling. Barack Obama’s administration has proposed a series of regulations to the prevent any similar disasters from happening in the future. 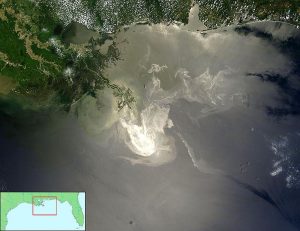 When the Deepwater Horizon exploded the biggest issue wasn’t the explosion itself but massive task of resealing the massive crater that resulted. If you can remember, BP and government tried a cavalcade of different solutions to the problem including stuffing garbage and golfballs into the role in an attempt to halt the spill. After 87 days the spill was stopped and the legal battles began.

In the end BP was found responsible and reached a $4.5 Billion criminal settlement with the Justice Department and paid $14 billion for cleanup.

The new proposed regulations would work most closely to improve the technology used to stop the seal. Particularly new and improved blowout preventers will be used as they are the last line of defense against major oil spills. The preventer is a five-story collection of valves and blades including an emergency hydraulic device with two sharp cutting blades called a blind shear ram, which are used to cut and seal the drill pipe, stopping a blowout.

Additional to the newer technology, regulators hope to increase the number of offshore drilling inspectors from 55 to 92, to improve safety.

All in all, these new rules should allow companies like BP to continue their offshore drilling operations while avoiding another catastrophic disaster like the Deepwater Horizon.