Signs the Truck Driver was at Fault

There are many different factors that can cause a semi-truck accident, and often times fault can be attributed to the truck driver. Although states enforce rules and regulations on all truck driving companies and drivers in hopes to decrease the amount of accidents, many slip through the cracks. When a truck driver doesn’t abide by the regulations and use extra precautions, they are usually at fault in an accident. 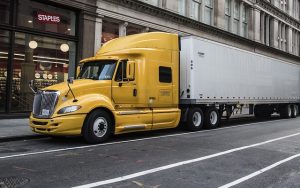 According to the Federal Motor Carrier Safety Administration, truck drivers are 10 times more likely to cause a truck accident than other factors such as bad weather and road conditions. the National Highway Traffic Safety Administration has reported that truck accidents happen around 90,000 times a year and kill approximately 4,000 each year in the United States. Laws and regulations around truck drivers aim to lessen these numbers, but unfortunately different factors contribute to truck accidents often.

If you have been involved in an accident with a semi-truck, below are some reasons you may be able to find the truck driver at fault for: