Working on an oil rig is one of the most dangerous jobs, and workers are exposed to a number of hazards every day. Oil rig workers face hazards from basic structural and environmental hazards to those associated with the chemicals they use to do their jobs. The Bureau of Labor Statistics reported that working on an oil rig carries a higher-than-average risk of nonfatal injury.

Dangers of working on an oil rig 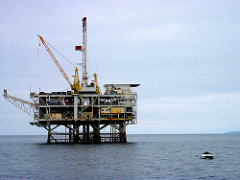 On of the biggest hazards oil rig workers face is fire. They regularly have to work with highly flammable chemicals. They also face the treat of a well build up from too much pressure which can lead to an explosion if it’s not corrected in time.

Injury from hazardous machinery
Oil rigs have several types of machinery that can be dangerous to the workers. Machines such as drill, spinning machinery and support units such as cranes and forklifts are very loud and make it difficult for workers to communicate with each other when they are hurt or at risk for danger. Workers can actually be crushed by the moving machinery or electrocuted.

Fatigue
Many oil rig workers are at risk for getting fatigue because they work such long and tough hours and can work as many as seven to 14 days in a row. Normal work days last anywhere from eight to 12 hours. Fatigue is a serious problem when working with hazardous chemicals and heavy machinery. It slows their reaction time and increases the likelihood of an accident.