Where Are Most Oil Rigs Located?

Every day, people around the world use oil to power their homes, cars and more. Oil is most commonly used for transportation fuels, fuel oils for heating and electricity generation, asphalt and road oil, but it is also used for other common household products. Around  6.79 billion barrels of petroleum are used in the US each year, and oil isn’t easy to get.

Oil is formed over millions of years from the remains of small animals and plants that have died and fallen into the bottom of the sea. As their remains are covered in mud and begin to get buried deeper and deeper, heat and pressure begin to rise. This heat and pressure slowly begins to turn the sediment into the oil we use today. 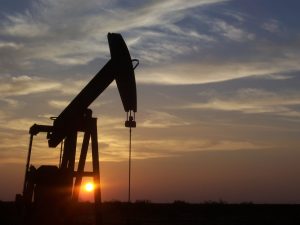 How Do Oil Rigs Work?

Oil rigs are very complex machines that can be very dangerous to work on and to operate. To briefly explain how they work, offshore oil rigs are built by several shipyards around the world that are mainly located in Southeast Asia and the Far East. Tugboats are then used to move the rigs to the designated areas. Oil rigs drill into the water anywhere between 80 to 12,000 feet deep. This is where they find the earth’s oil. The oil is then transported from a flow line and stored until it can be transported to shore.

Where Do Oil Rigs Drill?

There are around 1,470 offshore oil rigs around the world today and even more onshore. Seven regions have more than 100 oil rigs, which can be divided into four areas: