Posted in Semi-Truck Accidents on February 28, 2017

Many accidents happen along the highways of Texas, and far too often they involve semi-trucks. These large vehicles leave the others involved with little chance of getting out injury free. Some of them carry hazardous materials making it even more dangerous for those involved. 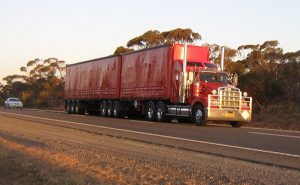 Last week, a fatal semi-truck accident occurred along Highway 21. The semi truck collided with a passenger vehicle, killing the driver of the vehicle. According to the sheriff’s office, both vehicles were on fire when they arrived at the scene. The Brazos County Volunteer Precinct 4 Fire Department and the Bryan Fire Department were the ones to respond to the scene.

The driver of the semi-truck was transported to the hospital and later released. Unfortunately, like so many accidents involving semi-trucks, the driver of the other vehicle was not so lucky. The 20-year-old was pronounced dead at the scene. He was from San Antonio.