Webb County Judge, Tano Tijerina has withdrawn his support for a proposed new oil refinery near Hebbronville due to environmental concerns. Tijerina originally supported the project but has since changed his mind after spending over a year with more questions than answers about the project.

The oil company, Raven Petroleum, is the company seeking permission to build a $500 million dollar refinery that would export gasoline, diesel and other products by rail to Mexico. Groups have already formed to protest the refinery to protect the environment and the safety of the grounds. 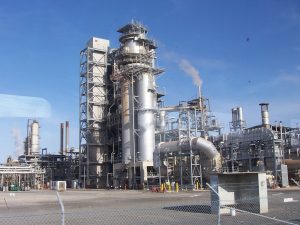 Raven Petroleum has asked Austin-based geothermal company Thermal Energy Partners to help them provide “green energy” to the new refinery, making it more environmentally friendly. Even with the hope that the refinery would be safe and better for the environment, Tijerina still does not side with the refinery.

He said he is withdrawing from the project until all of his and his constituents concerns are answered. He said that as of now, any answers he’s gotten have been very vague.

Raven Petroleum has said they will be spending $450,000 a day during the beginning of the project, and the refinery’s permanent jobs will pay a minimum of $36 per hour, making it very beneficial to the economy by creating hundreds of jobs.